The ATO has provided guidance on what action SMSF trustees should take where they have failed to meet the minimum pension payment requirements for a death benefit income stream. 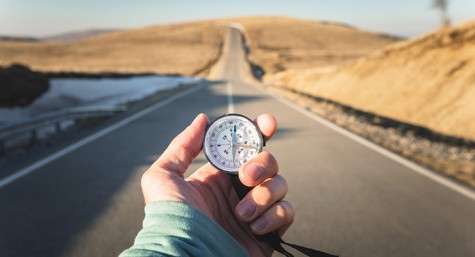 In an online update, the ATO has provided clarification on the interaction between compulsory cashing requirements when a member dies and the requirement to pay a minimum pension amount each year.

The ATO explained that where a member of an SMSF dies, their benefits must be cashed by the fund as soon as practicable as part of the compulsory cashing requirements.

In some cases, a dependant beneficiary may choose to receive a death benefit income stream or pension, or they may receive one automatically in the case of a reversionary pension, the ATO said.

“Pensions paid from super, including death benefit income streams, have a minimum pension payment requirement, and a number of questions have recently been raised by the SMSF sector around the interaction between compulsory cashing requirements when a member dies and the requirement to pay a minimum pension amount each year,” it said.

“Cashing a death benefit in the form of a pension only satisfies the compulsory cashing requirements as long as the interest continues to be cashed in that form. Therefore, if the pension ceases because the minimum amount hasn’t been paid, the trustees may have contravened the Superannuation Industry (Supervision) Regulations 1994 (SISR).”

However, where a contravention has occurred, if trustees act swiftly, there are steps that can be taken to ensure that death benefits are still considered to be “cashed as soon as practicable”, the ATO stated.

One of the ways this can be achieved is by immediately cashing the benefit in the form of a new retirement phase income stream as soon as they become aware of the breach, the ATO said.

The ATO clarified that these options will only prevent future contraventions of the SISR and won’t remedy the breach that’s already occurred for failing to meet the compulsory cashing requirements.

“As long as one of these actions is taken immediately, the commissioner will accept the trustee is meeting on a go-forward basis the requirement to cash the benefits ‘as soon as practicable’ and will not therefore have further contravened the SISR. Failure to resolve the matter may have significant compliance consequences,” it said.

Colonial First State executive manager of technical services Craig Day said that, before this latest guidance from the ATO, SMSFs were left in an uncertain position because where the surviving trustee had failed to pay the minimum in that year, they had technically failed to satisfy the requirement that the income stream had continued to be paid.

“One way you could read the legislation is that that would actually require the payment of the reversionary pension as a death benefit out of the system, which wouldn’t be an ideal outcome due to an inadvertent breach,” Mr Day said.

Mr Day said while the ATO has confirmed that if you fail to pay the minimum, then you have breached the compulsory cashing requirements under regulation 6.21, they have also made it clear that they are happy to allow the trustee to commence a new pension, and that would still be considered to be a death benefit pension in that surviving spouse’s name.

“That is very much welcome because it means if we’ve got a client that’s made an inadvertent breach, then that doesn’t automatically require the payment of the death benefit lump sum out of the system, which wouldn’t be a great outcome,” he explained.

The ATO has also confirmed in the guidance, he said, that where the underpayment is small, or the result of an error, the trustee may be able to self-assess whether they can apply the exception to treat the fund as having continuously paid the pension, despite the underpayment.

“If the exception can be applied, the fund has not breached the SISR,” the ATO stated.